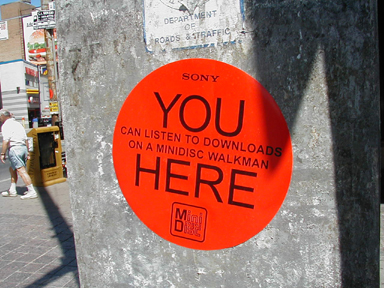 It looks like Sony is getting serious about promoting the MD format at street level -- literally. Big red spot stickers are being stuck on lightpoles, hydro boxes and everything else along some of the most travelled streets in Toronto. This controversial kind of advertising is usually reserved for hip-hop bands. I was ... well, surprised and pleased that Sony is cranking up the ad machine in the face of challenges from the MP3 players.

Sony Canada is using the big red spot stickers in Montreal too. They also have a print ad campaign in the alt-weekly newspapers. Each spot on the ad is supposed to match a red dot on the streets! Some kind of a MD treasure hunt ... 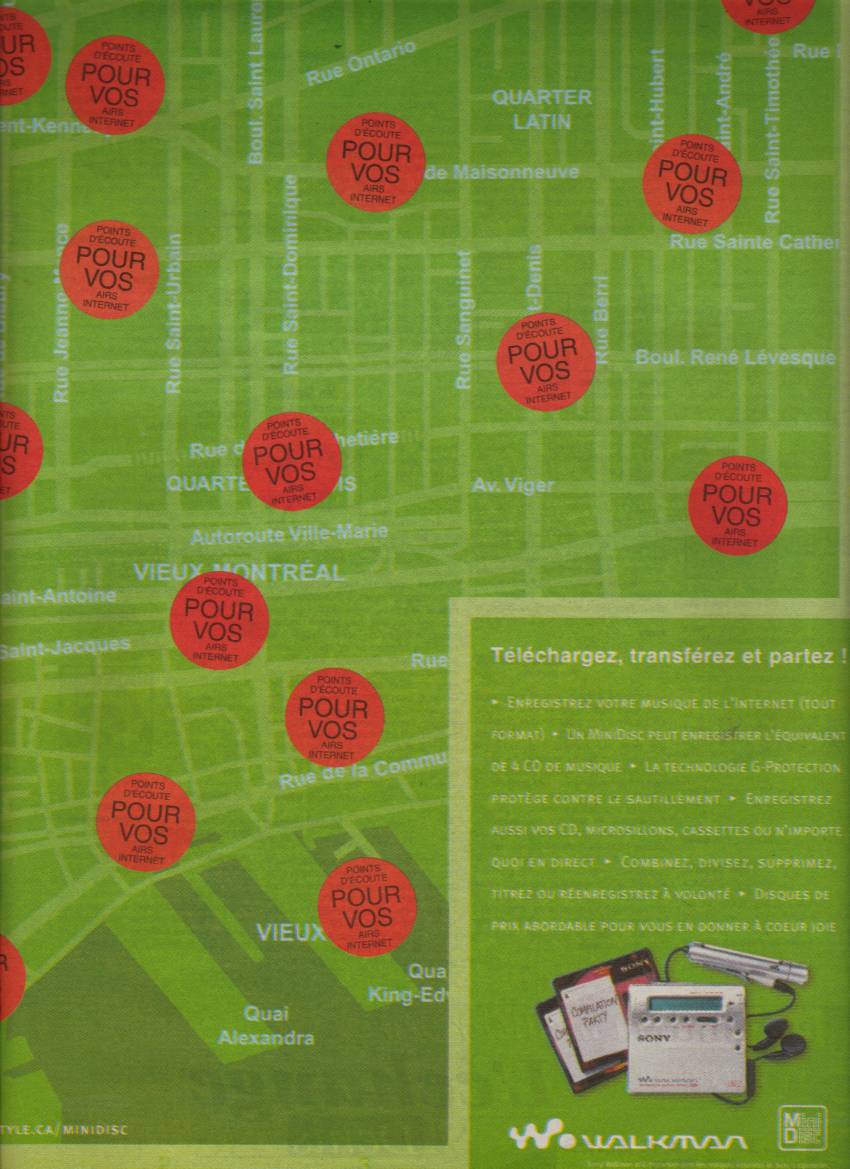