Try out set for Tokyo

From the March '99 issue of Trendy,
a Japanese culture and technology magazine

To use the Kiosk, a user provides their own recordable MiniDisc, and pays a fee for each song to be included in the collection. The fee is anticipated to be about 300-500 yen per song (about $2.50 to $4.20), which seems quite expensive at first glance, but compares favorably with the price of full CDs (about $30), and very favorably with the price of CD singles, which are very popular in Japan. The available songs include pop music, TV and movie themes, animation themes, etc. You can search through the song database by song title, artist name (with picture!), pop charts, etc.

Once you've created a MiniDisc, the machine will print sticky labels for you including collection title, artist and song list, etc. including pictures of the artists if you want. It can also print out lyric cards for the songs, which have a form factor and punch holes to fit the standard little address books that are popular in Japan.

MiniDiscs are recorded using an 8X writer; a 5 minute song would take about 37 seconds to record. The song database is not in the machine itself; it is centrally located and connected to the kiosks via a fiber optic network, apparently using the same type of network ("Share Link Service") as NTT's ATM bank machines. When a MiniDisc gets recorded, the music gets streamed from the central database over the network. According to the article, the decision to use a central song database was apparently driven by the record companies, who felt that such a database would be "safer."

The machines are from a company called V-SYNC, and will be "test marketed" in music shops in Tokyo. 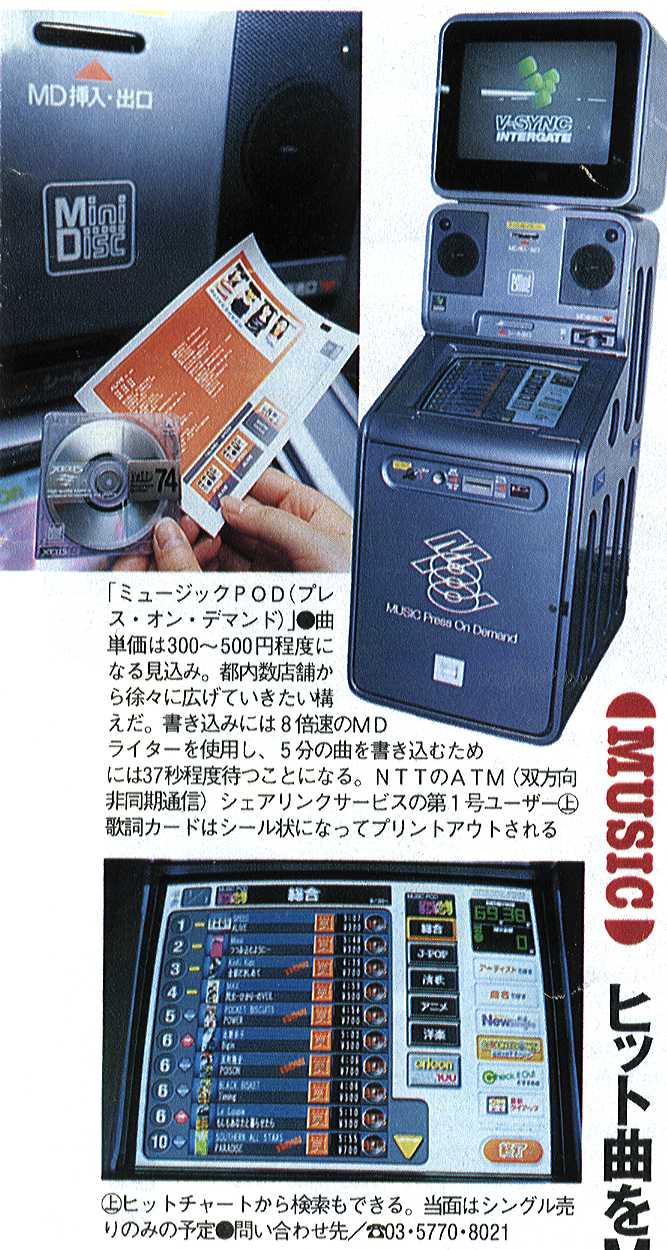